Skip to content
Save 20% with code WINTER2023 + everyday free shipping

Author of Handbook of Wise Interventions: How Social Psychology Can Help People Change 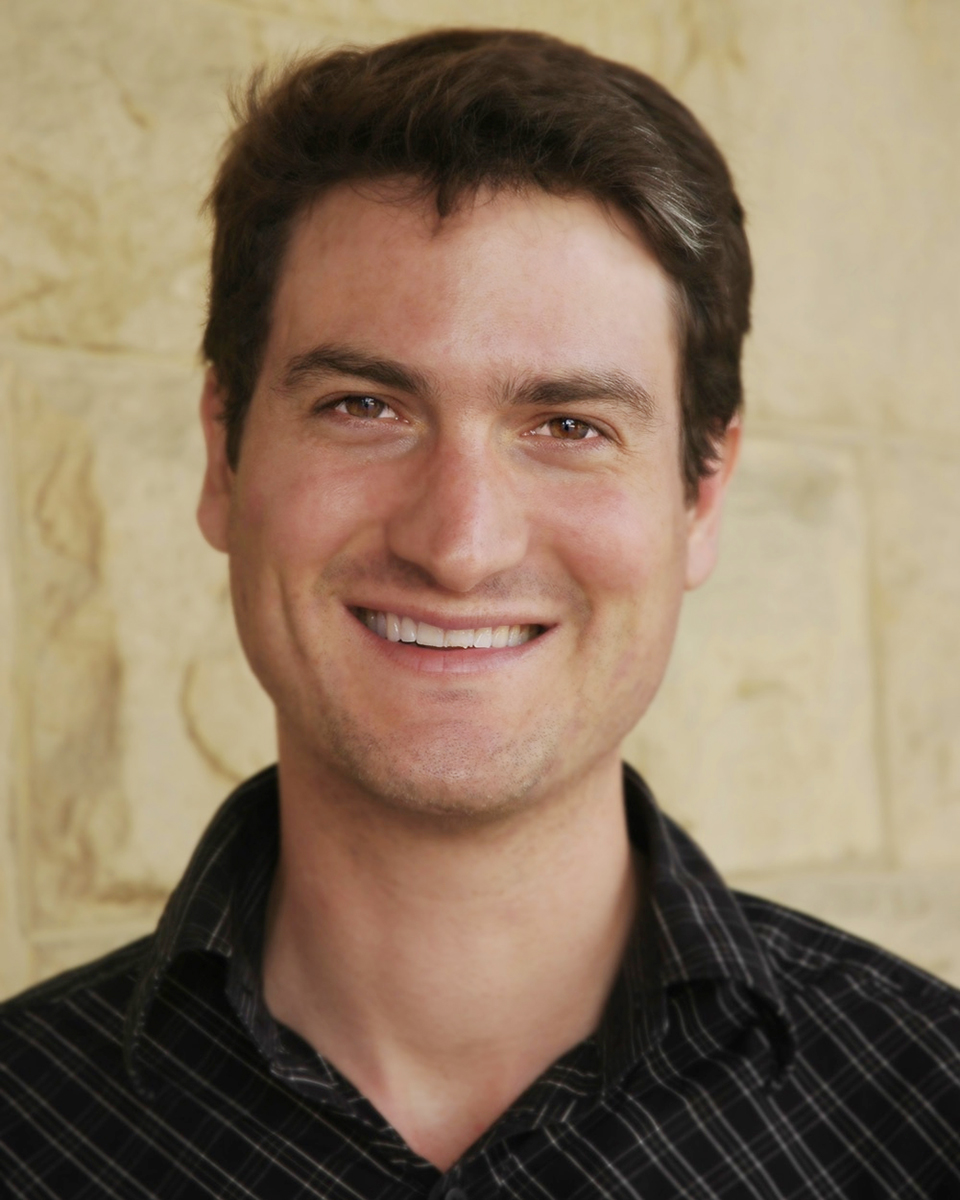 Q&A with the Author


The psychology of “wise interventions” is fascinating. In a nutshell, this method is based on the idea that our behavior is a response to the way we interpret, or give meaning to, a situation. And if we can change that meaning (using a wise intervention) it is possible to change our behavior, most often for the better. Can you give a quick “everyday” example of what this process might look like?

What a lovely summary!

Here’s a personal example. My wife and I have young kids who learned to ride bikes relatively early because we live on campus and would take them to daycare by bike. Of course, there were times at the end of a long day when they would get tired and wanted to stop biking. So, I tried to change the meaning of tiredness for them. I took to telling them, “It’s when you’re tired and you keep going that your muscles get stronger.” Then, if they complained, I would say, “Now is when you can get stronger!”

It didn’t always work but I think it helped.

At one point our route home involved a steep hill. Our oldest child, Lucy, was challenging herself to get as far up the hill as she could. She would get going as fast as she could and then do her best to climb the hill’s steep, tight turns. Sometimes our younger child, Oliver, and I would bring chalk and mark on the sidewalk how far she’d gotten. One time, Lucy not only beat her previous record but crushed it. As Oliver and I whopped and cheered, she said triumphantly, “Know how I did it? When I wanted to stop I just kept going.”

There is a popular idea out there that our capacity for willpower, our ability to regulate our own behavior, is limited and easily depleted. That idea tells you that, when you feel a bit of passing tiredness, it's time to stop. But for Lucy, a brief feeling of wanting to stop didn’t mean that she had to.

Consider some examples from the book. If people think that intelligence is fixed, that you either have it or you don’t, a setback in school can seem like evidence that you can’t do it. Then people might give up when they face academic challenges. (see Dweck & Yeager in Chapter 1)

Or, if students worry about whether they belong in a school setting, an experience of social exclusion or criticism from an instructor can seem like proof that you don’t. Then a student might disengage from school. (See Walton & Brady in Chapter 2)

And if people think that stress, or feelings of physiological arousal before a big test, are bad and debilitating, those feelings might seem like evidence of impending failure. That makes it harder to perform well. (See Crum, Handley-Miner, & Smith in Chapter 9 and Jamieson & Hangen in Chapter 10)

Those ways of thinking are seeded in our culture—so people come by them honestly. But they are toxic. They make it harder for people to accomplish their goals. Wise interventions shift how people make sense of things. They give people alternative legitimate and adaptive ways to understand themselves, other people, and social situations. That can help people succeed in their efforts and flourish.

How did you become interested in this specific area of study?

In high school, I read and was deeply inspired by the seminal work of Claude Steele, Joshua Aronson, and Steve Spencer on stereotype threat.

But if you gave students the very same problems but called it instead a logical puzzle task and said it was not evaluative but, rather, would help researchers understand how people solve hard puzzles—well, then, African American students performed much better, as well as (or even better than) white students with the same entering abilities.

In the first circumstance, the stereotype that African Americans are less intelligent than others is relevant. It’s on the table. Claude and his colleagues theorized that African American students could then fear that the stereotype might be used against them. They could worry that, if they performed poorly, other people could take this performance as evidence of the stereotype. That prospect is distracting and anxiety-inducing—and, ironically, it makes it harder to perform well, especially on hard tasks where people are pushed to the edge of their abilities. You can read more about stereotype threat in Claude’s wonderful book, “Whistling Vivaldi.”

I thought it was simply amazing that just describing a test differently could shift performance so much—and help eliminate inequalities. What hidden power a psychological process could have! And I wanted to know: Can we do something like that in the real world? Can we understand how people commonly make sense of situations, in ways that produce bad outcomes? And then could we shift those interpretations that would actually help people succeed in their lives? It is so exciting to see that, yes, indeed, we can.

The book you just edited, the Handbook of Wise Interventions, is incredibly comprehensive, with sections on education, health and well-being, conflict and relationships, and sustainability. Were there any specific chapters that were especially challenging or fascinating to work on? Why?

I love all of this work and will not pick favorites!

In each case, teams of researchers have worked hard, often over months or years, to understand the particular psychological circumstance people faced in a situation. They’ve developed an understanding of how people make sense of matters in this situation in ways that could become maladaptive and interfere with people’s own goals. Then they developed an effective tool to shift these meanings and help them succeed.

In all of these cases, this work is ongoing. To paraphrase Carol Dweck, the houses are still being built. We’ve laid the foundation and some of the structure, but we are continuing to learn.

This past spring, you gave an interview to Stanford News in which you discussed ways people can use wise interventions to feel connected to others, even while social distancing. You said, “it’s important to remember that ‘togetherness’ is both an objective experience and a psychological one.” Can you explain this, and offer a few simple strategies for individuals and families?

Being physically together and being psychologically together are really different things. You can be with other people physically but still feel alone—that’s a definition of loneliness, and a theme of many songs (e.g., Taylor Swift in The Story of Us: “Alone in a crowded room”).

But you can also be physically apart and still feel connected with others. That’s what we need to cultivate now more than ever. When we reach out to others and convey, even with a small gesture, a kind inquiry, or an expression of gratitude (see Layous in Chapter 8), that you are thinking of that person that helps hold that connection together. Then, even if you are each alone, you both know that you are in each other’s thoughts.

That sense of connection is something we can cultivate intentionally. In one study I conducted with David Yeager and Shannon Brady and others, we wanted to help students coming to college maintain their feelings of connectedness with their friends, family, and community back home. In one story we shared with participants, an older student said:

Sometimes freshman year I felt lonely, like I didn’t always get the other students in my dorm. I learned to remind myself when I felt that way that I wasn’t alone. Even when I was knee-deep in a paper at [the library], I thought about my family and little sister back home, and how proud they were of me, and I knew that they thought of me, too. I think of my grandmother who tells me that every night she keeps me in her prayers. That makes me feel strong and reminds me why I came to [college name].

Here a student is physically alone, yet she holds her family in mind and knows the pride they have in her. That knowledge helps her stay connected.

In another study, conducted by Jerome Motto and Alan Bostrom, hospital staff periodically sent short notes to patients who had been released from the hospital following an episode of depression or suicidal ideation. The notes simply acknowledged the patient (e.g., “Dear [former patient’s name]: It has been some time since you were here at the hospital, and we hope things are going well for you. If you wish to drop us a note, we would be glad to hear from you.”). But their impact was striking. One patient wrote back:

“Your note gave me a warm, pleasant feeling. Just knowing that someone cares means a lot.”

“You will never know what your little notes mean to me. I always think someone cares about what happens to me, even if my family did kick me out. I am really grateful.”

And that intervention actually reduced subsequent suicide rates over the next two years. A little bit of kindness and connection can go a long way.

When you think about it, we have an incredible power to feel connected to others who aren’t always—or ever—physically present. We can feel connected to people we might never have met—to celebrities, to politicians, to God, or even to fictional characters. In these dark days of illness, with our friends, families, and communities, we do not have to let physical separation become social isolation.

See all titles by and read more about Gregory M. Walton on his author page!

Read Q&As with Other Featured Authors

Save 20% + Free Shipping on Online Orders!